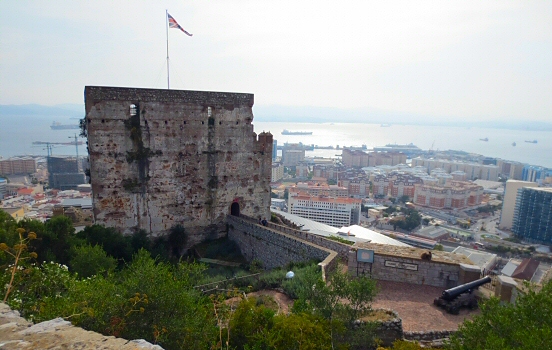 Gibraltar is entered by walking across the tarmac.

The name of Gibraltar derives from Jabal al-Tariq, as the mountain (jabal in Arabic) was named after the Moorish leader Tariq (try to say it quick three times, and you’ll understand). 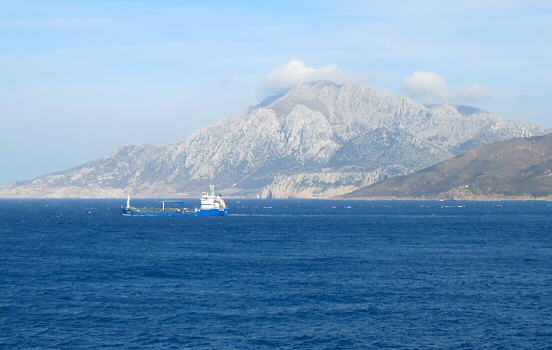 As I stand on the top of the Rock, looking down at Africa and Europe, as well as Great Britain and Spain in the same frame, the winds of time are ever present. 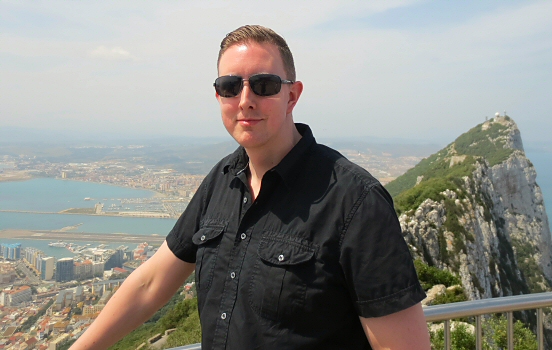 At the top of the Rock.