To visit them in somewhat chronological order, the National Archives is a great start. While it is an impressive building in itself, the treasures within are even far more impressive. As I entered the heavily guarded Rotunda in the center, some of the most famous documents in the world laid before me. The Constitution, the Bill of Rights, and the Declaration of Independence. I really felt connected to history as I viewed the old parchments from a mere 20 centimeters distance and saw the handwriting signatures by the famous American founders.

For movie buffs such as myself, this was where the Declaration of Independence was stolen by Nicholas Cage in the movie National Treasure. But the building also holds a lot of other interesting documents free on display. Unfortunately no photos are allowed in here for obvious reasons.

The Capitol is one of the most recognizable buildings in the world. While every corner holds enough details and anecdotes to fill an entire book by Dan Brown, what interested me the most was the Rotunda. Beneath the famous dome is a circular room built in 1824, linking the Senate with the House of Representatives.

The inside of the dome features an impressive concave painting by Brumidi with George Washington himself in a prominent position. While the original intention of hole in the center leading to the crypt was later abandoned, a lot of well-known persons from Lincoln to JFK have lain in state here. 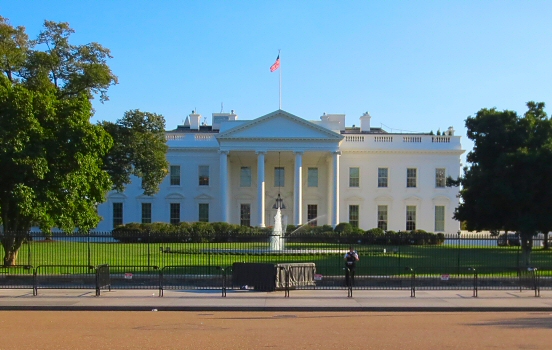 The White House is probably the most recognized residence in the world. While most people have seen it being blown up by aliens in Independence Day, it is not nearly as well-known that the British army actually burned it to the ground in 1814, only 14 years after it was completed.

Finally, my favorite one. Lincoln Memorial is the magnificent western ending of The Mall. The imposing statue of Lincoln gazes upon the awed visitors. 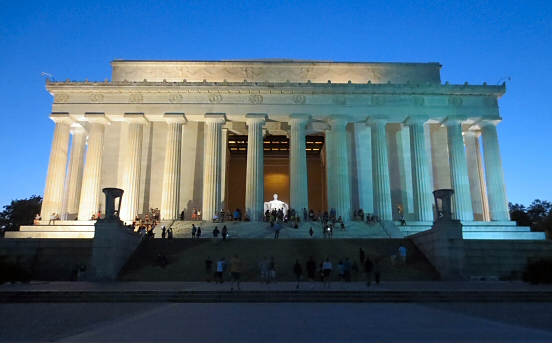 As I watched the sunset from the stairs, I stood next to the stone engraved with the name of Martin Luther King. This was the place where he delivered his famous speech “I have a dream” in 1963.