Exactly ten years ago, I stood on a cold street in Greenwich Village and watched the Halloween parade pass by. It was one year after the WTC attacks, and I felt that the city could really use some positive energy – even if it comes in the shape of ghosts and goblins. 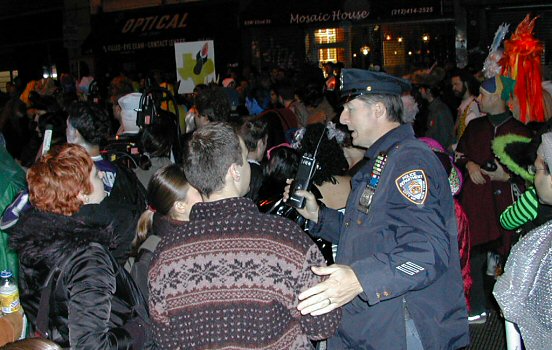 “Move along, nothing to see here! Except, maybe, a few thousand people in strange outfits parading through the street.”

I recently took an autumn walk through a park in my home town. While taking photos I realized that I took the same photos from the same angles, ten years ago. A lot of things change in ten years. In addition to increased pixel resolution in digital cameras, trees grow and people age.