Milan is a city of many wonders. The city is world famous for the latest fashion and over-prized accessories, but if you don’t want to spend your hard-earned Euro on stuff that you don’t really need, there are still lots of things to discover.

The architecture of Milan is breathtaking. The Duomo di Milano may be the most noticeable building for new arrivals. It’s said to be the second-largest gothic cathedral in the world, only bested by the cathedral of Seville. There has been a church on this location since 355 AD, even though I suspect it was a bit smaller at the time. 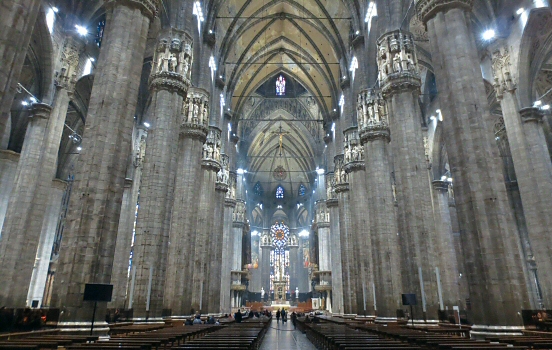 On the inside it’s like a forest of marble. I entered the enormous cavern and looked for the Saint Bartholomew Flayed, a distressing statue of the saint having his own flayed skin across the shoulders. I looked up towards the large dome and searched for the red spot marking where one of the nails supposedly from the Crucifixion of Christ has been placed. As always I wonder how many thousands of nails across the world are said to come from the True Cross.

After winding stairs we end up on the roof of the cathedral, equally impressive. As Mark Twain put it on his Duomo visit in 1867, “I cannot understand how it can be second to anything made by human hands”. 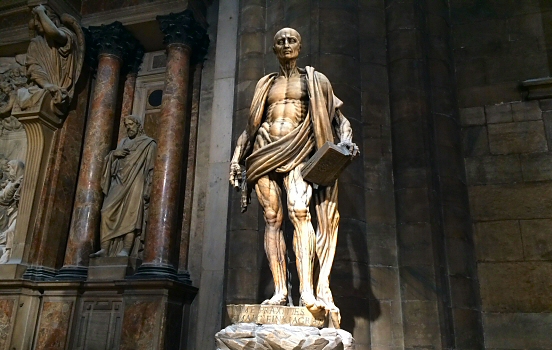 But there is so much more to see. After a quick stroll through Galleria Vittorio Emanuele II, including spinning with the heel three times on the poor bull for good luck, the world’s most famous opera house La Scala appears in all its grandeur.

Even the train station Milano Centrale is impressive. The marble arches towers above the floor, which is impeccable clad in pearly marble from Sicily. Two monumental staircases, large mosaics and Art Deco lamps enforce the bombastic setting.

Milan has been an important city for several millennia, which is reflected in the archeological heritage. Apart from the Roman ruins that we’ve been used to seeing littered all over southern Europe, there are other things to see.

Castello Sforzesco from the 15th century was once one of the largest citadels in Europe, and today it houses several art collections. I happened to discover Pieta Rondanini, Michelangelo’s last work that was left unfinished after ten years of progress. The outside of the Castello is equally impressive, with imposing walls intersected by large towers. 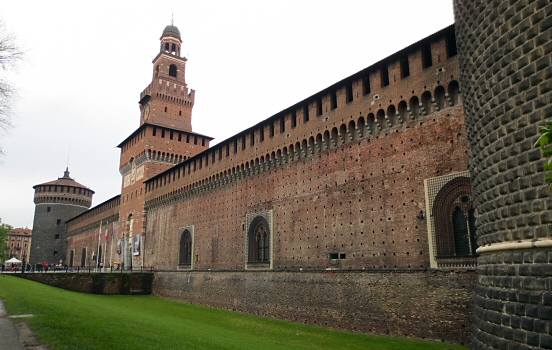 The walls of Castello Sforzesco.

For contrast, the little church Santa Maria delle Grazie is quite unassuming on the outside, but this is where Leonardi Da Vinci painted the Last Supper on a wall, one of the most recognized and studied paintings in the history of art. Unfortunately not much remains of it today, since it’s been in a constant state of decay almost since the completion in 1495.

You can even do all of this in a single day if you’re in a hurry. But don’t forget to start with a delicious cannoli at A’Vucciria.