Gothenburg is quickly becoming one of the greatest beer destinations in Europe. Despite the proud heritage of breweries such as Carnegie, the craft beer revolution hadn’t really been taking off until about five years ago. A multitude of new breweries such as Beerbliotek and Poppels are up against against previous market holders like Dugges and Oceanbryggeriet.

If you plan to visit Gothenburg for a beer or two, here are some of my favorite places for craft beers in Gothenburg.

Peter Iwers and Daniel Svensson used to be members of death metal band In Flames from Gothenburg. Today they run a brewery called Odd Island Brewing and the restaurant 2112 (the former named after “Särö” which is the location of one of the owners, and the latter named after the 1976 album by Canadian rock band Rush).

The music selection is usually awesome, featuring the artists you would expect from a rock-focused establishment. Don’t be surprised if you hear songs by Black Sabbath, Dio or Queens of the Stone Age. The walls are decorated with music memorabilia featuring Johnny Cash and other famous faces, as well as a small shrine dedicated to Lemmy from Motörhead.

They have a very nice selection of local beers and the burgers are great. If it’s your first visit, I would recommend their “Famous 2112 burger” and a pint of Odd Island IPA, since you simply cannot go wrong with that baseline. 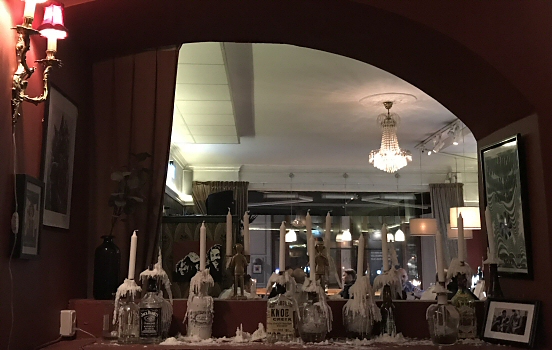 Haket was started by Masse Flohr in 1992 and the place has been in the family since 1978. Today Masse, Cattis and the rest of the staff will make you feel very welcome.

Apart from having a very nice beer selection, for the last 15 years or so Haket has also been one of the most popular places for the alternative crowd. For example, SynthHaket is a recurring event on Thursdays which focus on electronic music (synth / EBM / goth / industrial etc), welcome to join in the chant. 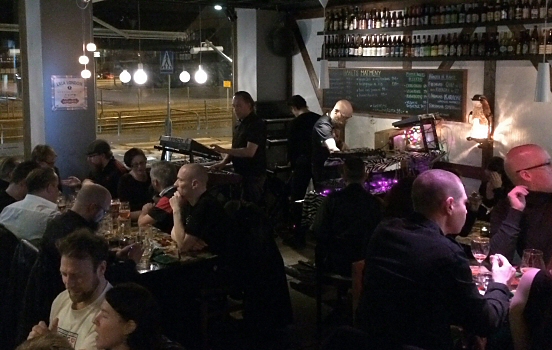 This bar was started in 2014 by the great Pelle Frost and other well-known faces from the Gothenburg beer scene. The restaurant known as Stearin gave way to a beer heaven with a very interesting selection of over a dozen taps, as well as legendary sourdough pizza. Pelle is also one of the persons behind the amazing annual beer festival All In Beer Fest.

Update: A second bar has opened at Magasinsgatan 3. 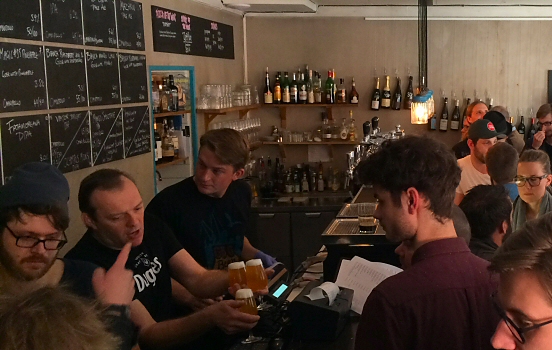 Way back in 1997, an Irish pub transformed into The Rover and became a “free house”. This meant that they could serve any beer they wanted, free of brewery connections, which became the start of the reinvented Gothenburg beer scene. I remember visiting this place in the late 1990s, when few people even had heard of “IPA”.

There are three different Bishops Arms pubs in Gothenburg. This one near Domkyrkan is the oldest (since 2000) and definitely the best one. The staff is excellent and there is always a friendly welcoming vibe in the cellar below the Elite Plaza Hotel.

Scottish brewery Brewdog started in 2007 and their cool bars have quickly become an institution in many large cities around Europe. It was just a question of time before Gothenburg got one as well, which happened last year. Don’t miss the Bacon Chamber! 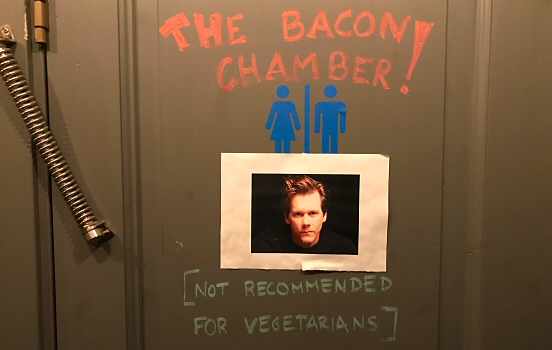 The Bacon Chamber at Brewdog.

This classic beer temple once started out as Delirium Café in 2005, with a focus on Belgian brews and boasting about 2000 different beers. Ölrepubliken took over in 2009 and the rest is as they say history. Wolverine and the rest of the merry crew are serving beers from the largest selection in town.

The building used to be Franska värdshuset over 100 years ago. Even though the original house was demolished, it’s possible to recognize the internal pillars from old photographs.

At first sight, this one may be an odd choice for a craft beer list. The selection on tap is a bit disappointing, but then you discover the vast selection behind the impeccable glass doors and realize what a treasure trove this is.

Basque started out as a hidden speakeasy section for the restaurant Puta Madre, until they probably realized that they would get more money if they added a visible front door. Björn and Oskar are the extremely friendly bartenders and the pintxos are to die for. 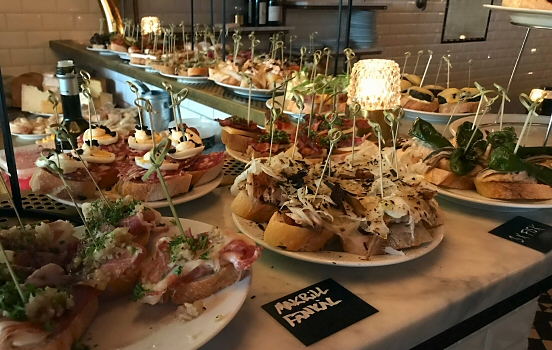 From the humble beginnings at pizza place Picasso, John Söderberg has created a bar in steampunk style, bringing the visitor back to Victorian-era aesthetics. They have a very impressive beer list and I feel they are particularly good at stouts.

Tre Små Rum is a classic institution for beer nerds. It has been run by Reza Ganon for decades and warning signs for not ordering industrial lager beer are placed everywhere. You can even get a t-shirt with prints such as “Don’t ask for the blask” or “Don’t you like our brew? Go BLASK yourself!”. Immerse yourself among Persian carpets and jazz music. 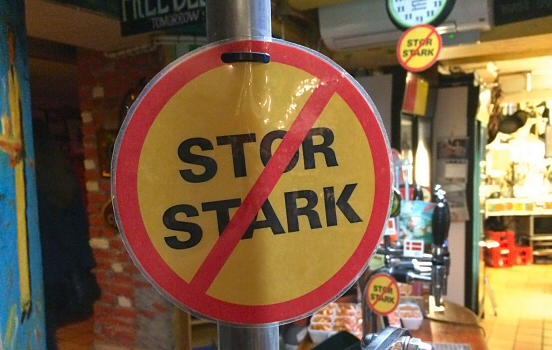 Be careful of what you order at Tre Små Rum.

There are of course many more great craft beer bars in Gothenburg. For instance, you don’t want to miss Bar Kino (associated with the excellent brewery Stigbergets Bryggeri), Red Lion and several incarnations of Ölstugan Tullen. You might also find something interesting at Het Amsterdammertje, Old Beefeater Inn and The Flying Barrel.

This year has so far seen the first edition of GBG Beer Week which was wildly successful. The beer story of Gothenburg is just getting started!