Oops, I found myself back in France sooner than expected. Two months ago, I visited the Champagne region in northern France. This time the focus was spent on exploring two legendary wine regions: Bordeaux and Rhône valley.

Bordeaux is perhaps the most famous wine region in the world, for good and bad reasons. The area has a perfect climate for producing wine and the reds are famously well-balanced, if somewhat restrained in my opinion. We visited famous producers in Medoc and Graves, such as Château Lagrange which is said to be the largest vineyard in Medoc.

We continued east to Sauternes. This small village is famous for their sweet wine bearing the same name. The grapes are affected by a rot, causing them to become raisined which results in a sweet and strong wine. Even though I’ve tried it many times before, it’s something special to try it on-site, within sight of the vineyards and sweeping hills. 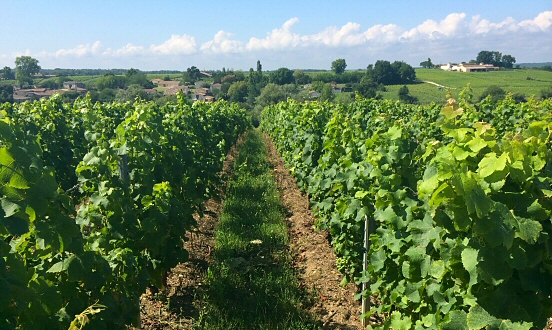 Vineyard of Château d’Arche in Sauternes.

Not far from Sauternes is the village of Saint-Émilion, also a famous wine region but what got me hooked was their impressive limestone caves. Behind an unmarked door we discovered the largest underground monolithic church in Europe! It felt like entering the halls of Moria.

The caves stretches across the village and many are still waiting to be discovered, so no new roads are allowed in the area due to risk of collapsing. I really recommend a visit if you are in the vicinity.

The Rhône valley is however a different story from the west. The soil, climate and topography varies a lot in the region, as do the grapes. The wine area, which is the second largest in France, is divided in the northern and southern parts, both with their distinctive features.

A few days later we started the day with a morning swim in the Mediterranean west of Marseille, then we followed the river north all the way to Lyon (with a lot of detours).

Châteauneuf-du-Pape is perhaps the most well-known wine region here with their strong reds, a tradition started by the popes of nearby Avignon. Compared to Bordeaux they are not so strict around here, which makes for some interesting combinations.

My favorite wine of the entire trip turned out to be a 70 euro bottle I sampled at Domaine de la Janasse in Courthézon. 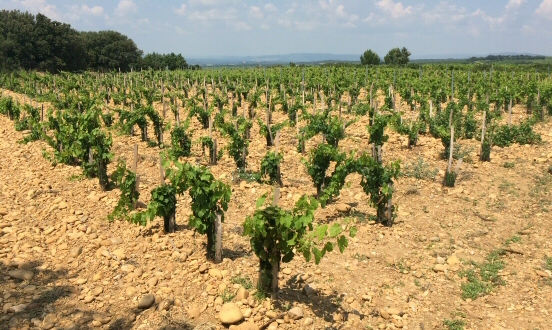 Apart from wine, the region is full of interesting artifacts from the Roman times. The town of Orange features the most impressive Roman theater still standing in Europe. South of Saint-Remy-de-Provence we visited the archeological site of Glanum, a well-preserved Roman town which I highly recommend.

Another favorite is Les Baux-de-Provence, a tiny village in the mountains with a very impressive castle ruin. Avignon itself is quite impressive, with the humongous Palais des Papes as poster boy. The building is the world’s largest Gothic palace and the walls are thicker than most.

And so on. Just go there already.