Review: Adventures of a Continental Drifter

Elliott Hester sold everything he owned in 2002 and has been traveling around the world ever since. This book tells the tale of his first year on the road, spanning six continents and a countless number of weird encounters. 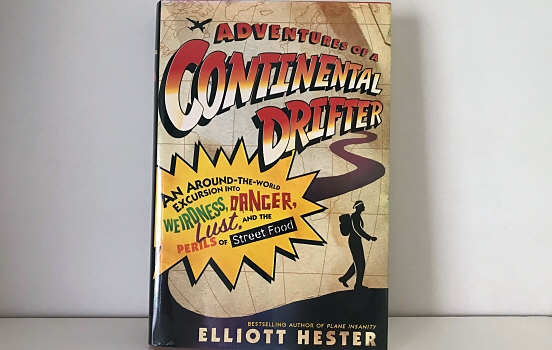 The cover reminds me of Raiders of the Lost Ark, but not all without reason since his trips are quite the adventure. From abusive security officers in Cairo to sauna parties in Helsinki, Hester seems to have a talent for getting into hilarious situations. He describes Argentine soccer as “I went to a riot and a soccer match broke out” and gets mistaken for Mike Tyson while trying to escape from seedy strip clubs in Bangkok.

In Tahiti all rooms were full so he had to share the bed with a Canadian schoolteacher named George, whose snoring is described as “a relentless howling” and “long gargling reverberations” with “the vigor of a drunken wild beast”. And then it gets worse.

In the epilogue he considers for a second to stop traveling and settle for a normal life, but immediately recoils from the idea while making a comparison to the movie Matrix. To settle down would be like staying in the Matrix forever, leaving the real world undiscovered on the outside.

I sure hope he continues traveling so he can write more books like this one.