I recently got back from a road trip in Denmark where the main topic was German bunkers from World War II. I believe we saw almost a hundred of them and entered several dozen. For some it may seem like a weird vacation but it’s a very real part of history which we always need to learn more about.

Denmark was occupied by Germany in 1940 and remained so for five years. During this time the western part of the country was made part of the Atlantic wall which stretched from the Pyrenees to Nordkap. A total of 7500 German bunkers were built in Denmark, and 6000 of them were located along the coast.

The 10th battery of Hirtshals is the only complete German defense installation left in Denmark. The area contains 54 excavated bunkers along with gun emplacements, scattered around the town’s most visible landmark, the 35 meter high lighthouse. 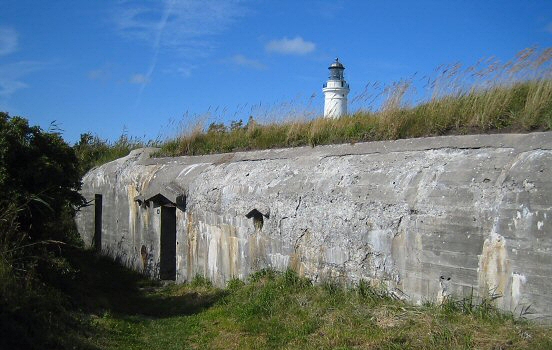 The population of Hanstholm were evacuated by the Germans who built Europe’s biggest fortress in the area. It held tree 38 cm cannons with a firing range of 55 kilometers, halfway to Norway!

Part of the fortified area in Hanstholm.

Similar cannons were located in the Norwegian town of Kristiansand across the water, effectively blocking the entrance to Kattegatt.

The area around Hanstholm is full of old concrete caves. We explored some of the rusty pitch black bunkers with flashlights.