I walked alone in the streets of Tokyo and felt like a benign Godzilla. Everywhere I went, people stopped in their tracks and stared at me. I almost started humming on “Big in Japan” by Alphaville as I was a six-foot-five gaijin in a sea of short Asians.

After deciphering the glyphs of the subway map I managed to find my way and the correct sum to pay for various zones. 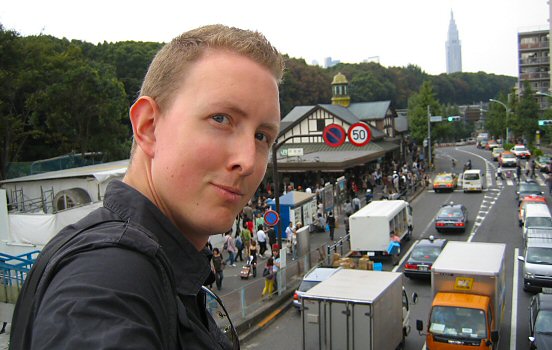 Got off the subway in Shibuya and walked across the famous crossing, the busiest pedestrian walkway in the world. To say that I stood out from the crowd would be the understatement of the year.

Safely across the sea of humanity I got up to Starbucks on second floor and got a window seat facing the crossing. I had an espresso and tried to study the map in my worn Lonely Planet, but I couldn’t stop staring at the mesmerizing crossing below. A constant flow of people. 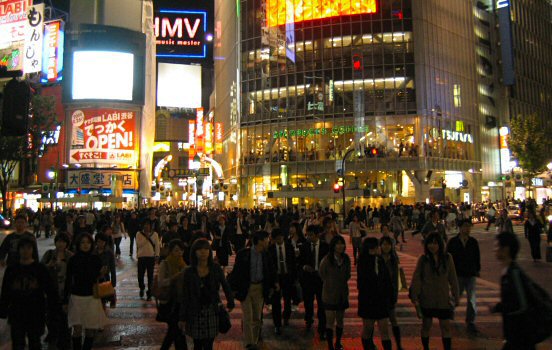 Just a few subway stops to the north, Shinjuku feels like another world. The west side seems to consist of tall skyscrapers, clean but boring. The Park Hyatt from Lost in Translation fame is spectacular, but there is only so much one can take of upscale locations.

The eastern side of the railway track is something completely different. The busy entertainment district of Kabukicho is an assault on the senses. I walked along the neon-drenched street of Yasukuni-dori Ave, where Bill Murray’s character arrived by taxi in the first scenes of Lost in Translation. Dodgy places are found in every nook and cranny. I passed through a noisy Pachinko hall and dodged into a Manga Kissa, where people rent booths to read manga, browse the internet and occasionally take a nap.

The Golden Gai area consists of small alleys and I quickly discovered that there are lots of places that don’t want foreigners to enter their crammed spaces. 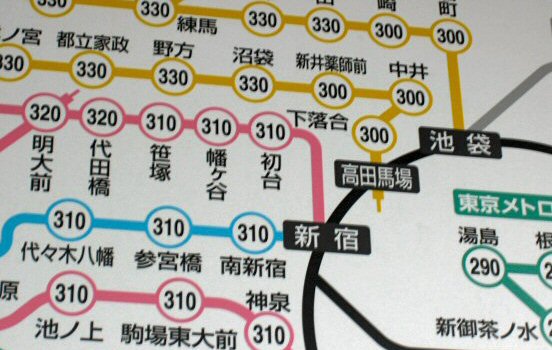 I tried to immerse myself in their culture, but it felt very clear that I don’t belong there. Everyone was very polite and “irrashaimasse” is hanging in the air as soon as they see me on the horizon, but as a gaijin one is forever doomed to be left outside their secrets. Especially if you’re tall enough to bust your head into their delicate ceiling ornaments.