Many people have seen the city recently in the show Game of Thrones. It was briefly the location of King’s Landing in season 6. First and foremost, the Girona Cathedral starred in a scene as Jaime Lannister rode his horse up the steps of the Great Sept of Baelor.

Reine on the steps of the Great Sept of Baelor.

The narrow alleys of the Jewish Quarter was also used in the scenes with Arya begging in Braavos. 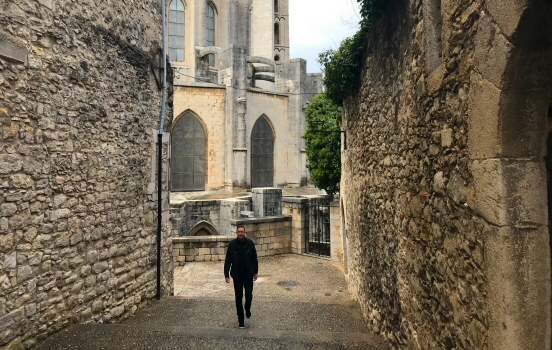 Reine at the corner where blind Arya fought the waif – twice.

She was later chased by the waif along the winding alleys. 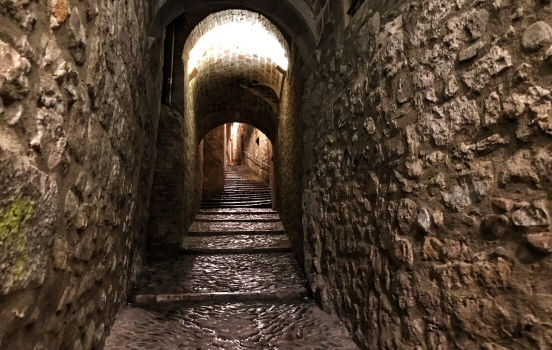 In the footsteps of Arya on Carrer de Sant Llorenç. 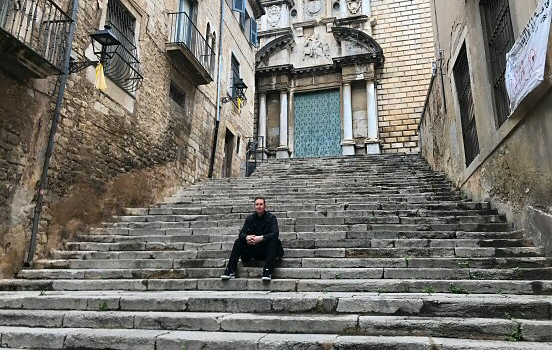 Where Arya fell down the steps of Sant Marti Sacosta church.

An old monastery was used as standin for Oldtown, when Samwell arrives at the Maesters Citadel. 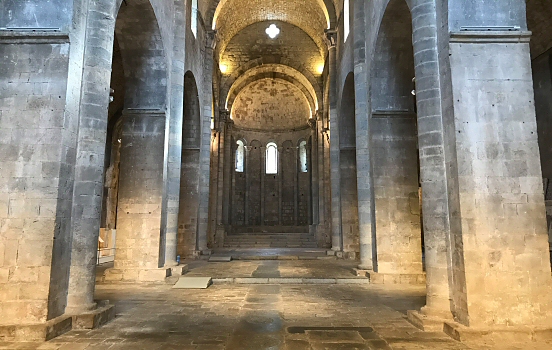 Just outside the monastery is an old stone bridge, which was the location where Arya got stabbed by the waif. But the bridge itself has no water under it, so the water scene was actually filmed in Northern Ireland.