Just like other major cities such as London or Paris, Berlin is the kind of city where you can find new gems even after repeated visits. But there is nothing wrong with old acquaintances. We roamed through the familiar alleys of Hackesher Markt, crossed the beautifully arched Oberbaumbrücke during the sunset into Friedrichshein, walked in the footsteps of the Techno Viking again (who danced his way down Rosenthaler Straße in 2000, and so did I in 2002), downed a few hop beverages at great places such as Hopfenreich and Das Meisterstuck. I even squeezed myself into the driver seat of a Trabi car, not a sight for the easily frightened.

I also went to see my old friend Der Bloch at Monsterkabinett, but unfortunately he was hidden away for reparations. See you next time, you transformer-wannabe. 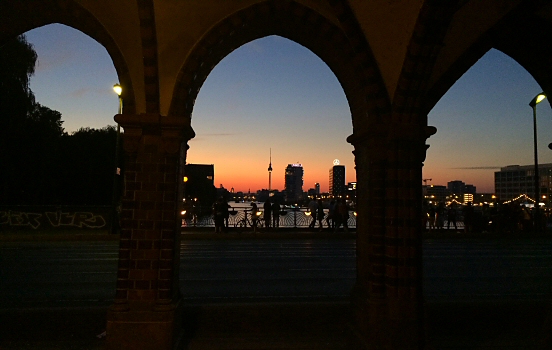 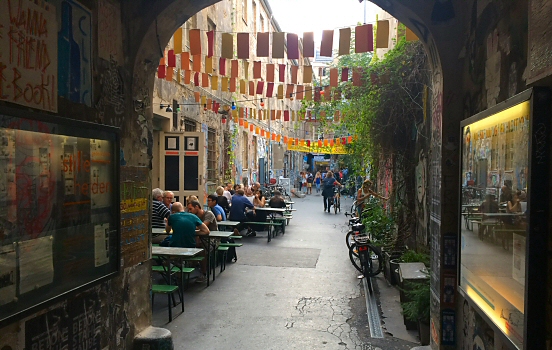 A hedgehog is guarding the hops at Hopfenreich.