Internet Explorer 6 is more stubborn than Rocky Balboa, it just won’t go down and die peacefully even though the entire planet is cheering for the other guy. But a few days ago an unexpected opponent turned up: its own creator Microsoft.

By using the campaign site The Internet Explorer 6 Countdown, Microsoft themselves urge people to say goodbye to their old dog. According to the site, 12 percent were using IE6 last month and Sweden were down to 1,3 percent. Furthermore they offer anti-IE6 banners and use quotes such as “Friends don’t let friends use IE6”. 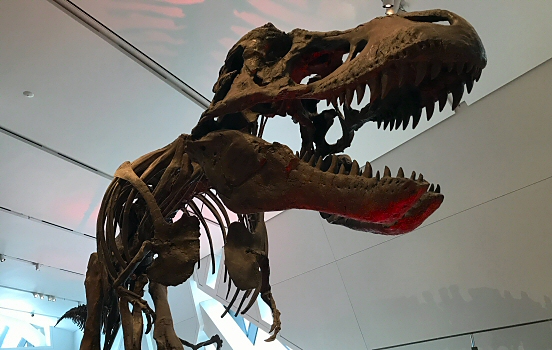 Another extinct thing at Royal Ontario Museum in Toronto.

I remember them starting down this road in 2007 by making IE7 an critical update, but this step is even more bold.

So go ahead. Save the planet and kill your local IE6 today.