Sinterklaas differ from Santa Claus in several ways. Instead of a deer-driven carriage he arrives by boat from Spain! He also has a dark-skinned sidekick called Zwarte Piet (Black Pete), but this figure was quickly removed from the American traditions. If Pete encounters any bad children, he simply put them in a sack and bring them back to Spain!

Perhaps not the most modern approach to children, but I have to admit it’s probably effective. 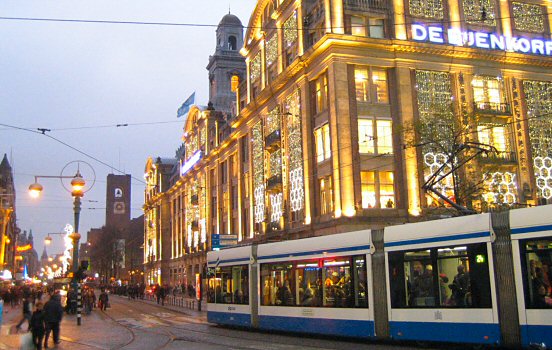 Catching the season at de Bijenkorf on Dam Square, Amsterdam.

As I walked through the streets of Amsterdam, I almost started humming at the song from Nightmare before Christmas:

…but quickly realized that it may be an inappropriate thing to do. Probably even more inappropriate than my Hiroshima dressing code. So it was time to revisit the Pancake Bakery at Prinsengracht instead. 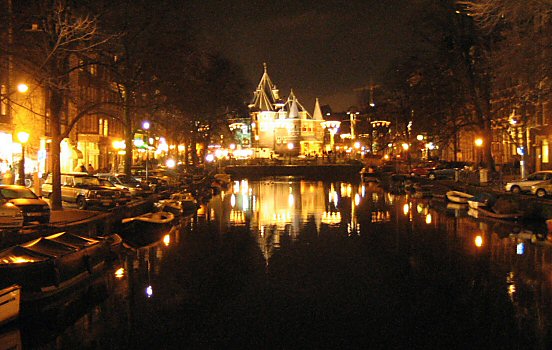 Evening stroll along the canals of Amsterdam.