After the cool zombie walk a few months ago it was time to hit the city once more with something weird. I wrote a year ago about the “freeze” action in large cities. The Grand Central Station freeze is still the best one in my opinion, but there are other cool versions as well.

Today I participated in the event where 500 people froze in the center of Nordstan, Gothenburg. This film was shot at the event:

You can see me and Frida in the movie, making shameless advertising for a large coffee chain. It was funny to see all those people who had no idea what was happening. My favorite incident during the event was the little kid who stared up at me for a long time with a puzzled face. 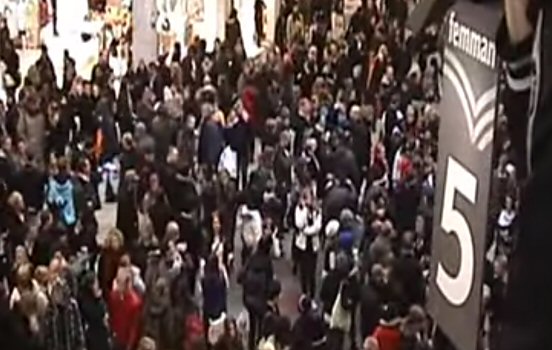