While widely acknowledged as a design classic, the tube map of London bears very little geographical relationship to where the stations are. Rob Gardiner has a page where the tube maps are overlayed with satellite photos of the city, providing a nice visualization of how the tubes actually are arranged.

Eddie Jabbour is a graphic designer obsessed with replacing the subway maps of New York city with smarter versions. Read more about his project in this New York Times article. 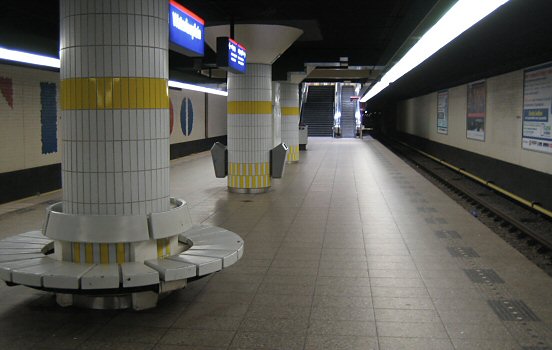 What would a street map look like without the streets? Have a look at this map of London where the street names are removed.

I think that schematic subway maps are essential to any traveler using the system, but it is always good to compare them with real maps instead of getting the wrong orientation in a city.