The big easy is not so easy anymore

The hurricane Katrina has finally arrived at the mainland of Louisiana and hit Mississippi like a ton of bricks. Many streets in New Orleans are flooded by two meters with reports of sharks, alligators and snakes swimming around. Debris everywhere, boats are floating up the streets and about ten thousand people have sought refuge inside the Superdome. The still water will likely bring diseases, and I suspect that a lot of insects will soon be attracted to the area. 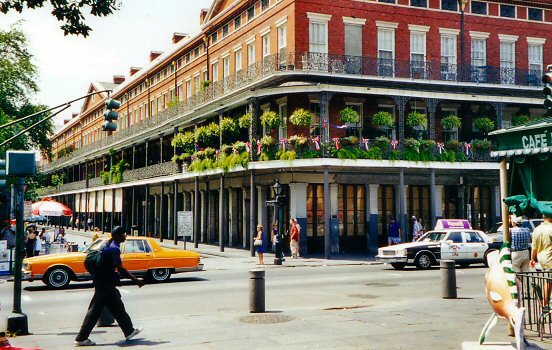 The streets of New Orleans.

I remember an evening many years ago. I was strolling down a street in the French quarter of New Orleans and suddenly noticed that the police were starting to evacuate the street vendors, saying something about a tornado. We found shelter at the headquarter of Mardi Gras, a place at the corner of Jackson Square. The fierce rain was intensified with heavy thunder. There was a lot of open doors and windows towards the square, that had to be closed immediately. Then the fire alarm went off!

However, the cause turned out to be our burgers, since the chef obviously was unused to people ordering dishes “well done”. The waitress stormed out of the kitchen, pointing a finger and accused us of starting the fire alarm. An instant later the fire truck arrived and two men with distinguished hats and sharp axes entered with long strides into the kitchen! We waited out the storm and left a few hours later, the pavement was almost dry. The vendors lamented their damaged goods as we walked along St Peter Street to spend the evening at Preservation Hall, the world’s premier place for old-school jazz.