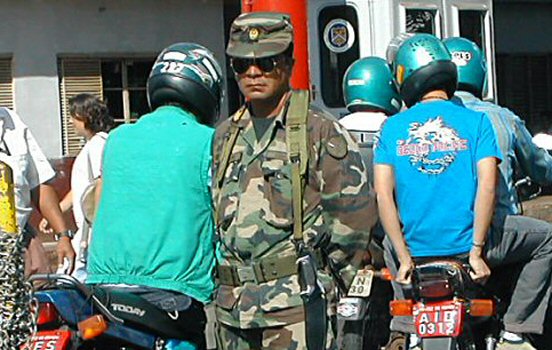 The streets of Paraguay

I used to place Egypt quite high on the paradox list, as they have a lot of signs reading “Egypt – the land of peace” while a guard carrying an automatic weapon stands firmly posing in front of the very sign. However, there’s a new kid on the block.