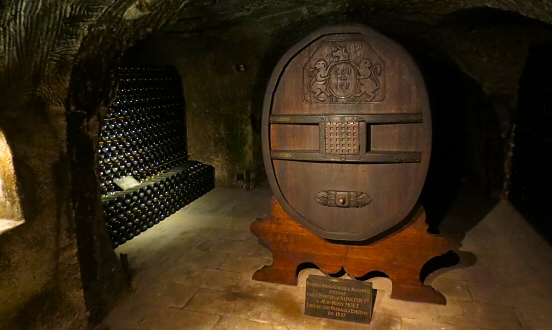 I just got back from a trip to the Champagne region in northern France. We visited several houses and it was very interesting to compare the giants of Moët & Chandon to smaller vendors such as P.M. Roger & Fils. Moët & Chandon has a large building complex in Epernay, but the most impressive feature is their underground wine cellars, spanning 28 km of tunnels!