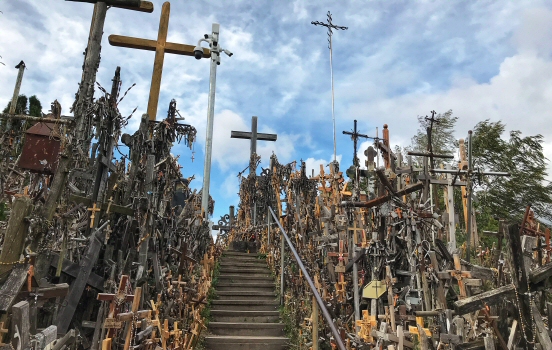 It is said that the first crosses were placed here in 1831. Generations of Catholic pilgrims brought stuff to the location as a way of honoring the casualties of military uprisings. Later during the Soviet occupation, the hill became a beacon of national pride and identity. The Soviet authorities responded by completely leveling the site three separate times, the last one in 1975.

But the locals are relentless and today, 40 years later, the hill is once more filled with crosses. As a steady wind keep tormenting the site, I walk across the hill and ponder the unlimited power of the human spirit.