The streets are alive with the sound of Salzburg, to paraphrase that movie from 1965. This cozy city in Austria feels alive and buzzing despite often being reduced to a tourist frame, compared to big brother Vienna.

Salzburg has been a popular music destination for centuries. The most famous citizen of them all, Wolfgang Amadeus Mozart, was born here in 1756. The house on Getreidegasse 9 is now a popular museum, rivaled only by Mozart’s next living area on Makartplatz where he moved in during 1773. While Mozart infamously died in Vienna while composing Requiem, some of his family is buried in Salzburg at St Sebastian’s Cemetery.

Terrace on Monchsberg Cliffs, one of several movie locations.

As previously mentioned, the city of Salzburg itself is known for the movie adaptation of the popular Broadway musical Sound of Music. It is based on the true story of Maria von Trapp, even though I suspect she didn’t go singing alone in the mountain ranges. But nevertheless it’s fun to visit sites such as Nonnberg Abbey (where the real Maria vas a novice, and heavily featured in the movie), the terrace on Monchsberg Cliffs, the horse fountain on Residenzplatz and much more. 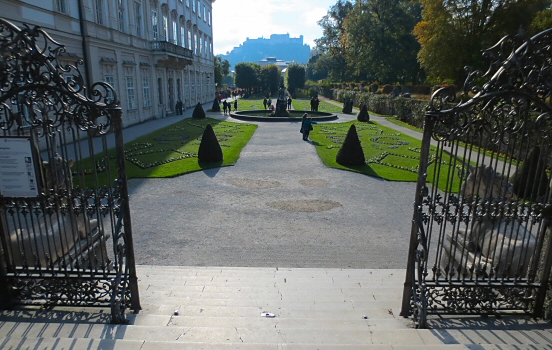 Mirabell Gardens. This stair was used in the Do-Re-Mi scene. 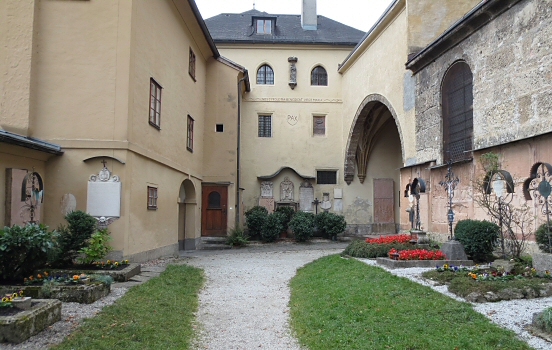 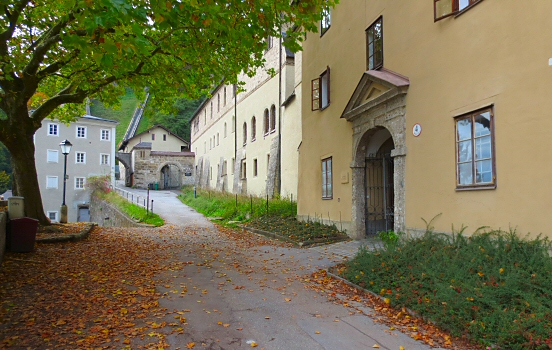 The entrance to Nonnberg Abbey, used in several movie scenes.

This year the city of Salzburg celebrates the 50th anniversary of the film with a lot of activities, and today there is actually a big gala event at Felsenreitschule, the amphi theater where the Trapp family performed (both in the movie and real life).

We are going to the gala in a few hours, it’s going to be bad for my image but probably a lot of fun! 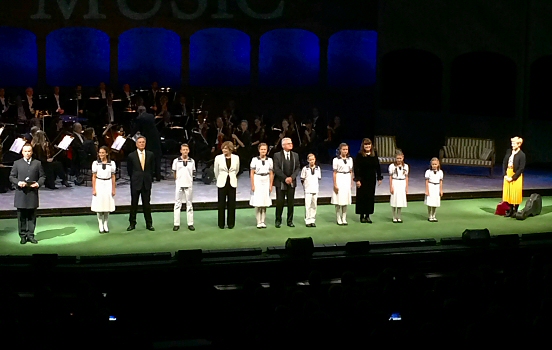 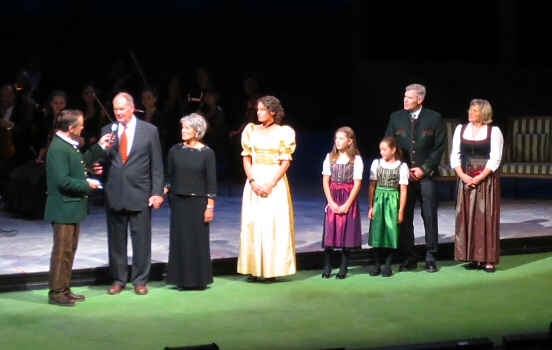 Some of the real Von Trapp children flew in from Vermont for the occasion. 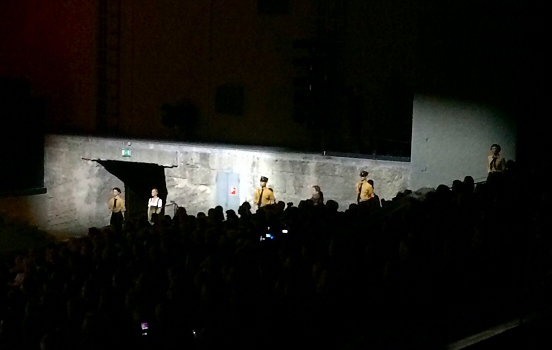 The “nazis” are guarding the exits, to make sure that the Von Trapps won’t escape this time. 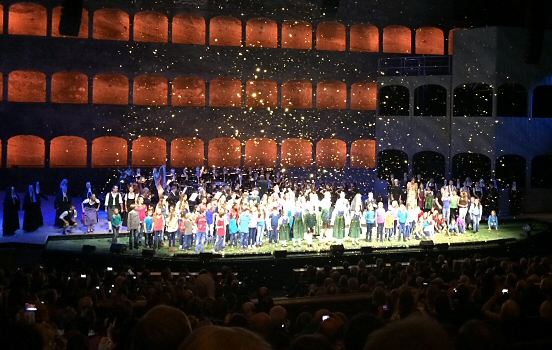 So much to see here. And when your feet hurt from all this wandering to movie locations, sit down for a Salzburger Nockerl or a mug of Stiegl. It’s good for you.