After spending time in Swiss cities such as Zürich and Bern, the town of Lucerne surprisingly turns out to be the prettiest of them all. It feels more like a town in northern Italy than a Swiss one. Surrounded by snow-clad alps, Lucerne features towers, medieval walls, wooden bridges and waterfront promenades. 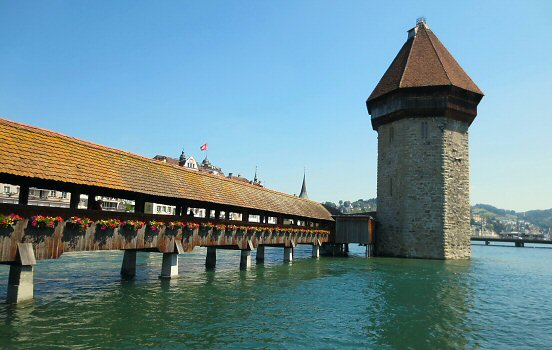 As I walked across the creaky wooden planks of Kapellbrücke, the covered bridge with its octagonal water tower reminded me of the town’s age. Ironically, it survived all the way from year 1333 before burning in 1993, leaving only the tower as original. The roof has a lot of triangular panels painted by Heinrich Wägmann in the 17th century, but many of them are black from the fire. Kapellbrücke is the oldest wooden covered bridge in Europe and the world’s oldest surviving truss bridge. 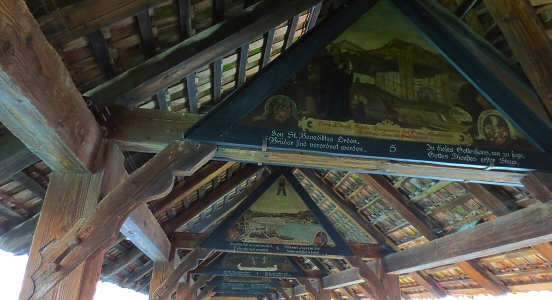