But there is an even darker past beneath the surface. The Bavarian capital was also the birthplace of the Nazi movement. Hofbräuhaus is one of the most popular beer houses in the world, but it was also the place where Hitler first outlined the party program in 1920. 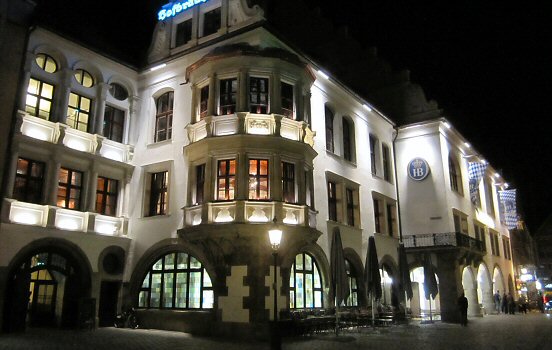 Situated 10 miles from the city, Dachau was the first concentration camp constructed. The wrought iron gates still carry the mocking words “Arbeit macht frei”. It’s a horrible place but also an important memorial to all those people who suffered and died there.

But unlike many other cities, Munich doesn’t seem to shy away from the darker bits of its history. Later this year a new documentation site will open on the site of the so-called Brown House, the former Nazi party headquarters in the city.

The city was almost leveled during the second World War, and later completely rebuilt while preserving its pre-war street grid. Fortunately most of the atrocities seem quite distant when strolling through the Munich beer gardens on a sunny day. Hopefully one day people will rather think of Oktoberfest and soccer team Bayern München when mentioning the name Munich.