Ryszard Kapuscinski passed away some years ago but his legacy stays with us. He is perhaps better known for The Soccer War, an account of tensions in Central America. It is also a good read but in my opinion not as inspiring for traveling as Imperium. 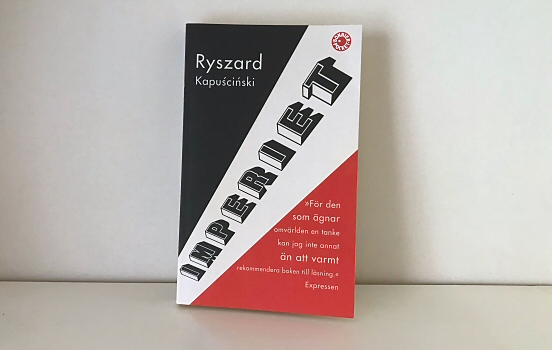 It all starts with Kapuscinski traveling through the Soviet Union in 1958. The Trans-Siberian railway was certainly no picnic back then with barb wire, angry dogs and suspicious inspections on the train. It is followed by eye-witness accounts of a country no longer existing. The tales of the Cathedral of Christ the Saviour which was demolished by Stalin and the tragic destruction of the Aral Sea with its surroundings are two examples of stories so bizarre that they would make you laugh if they were not painfully true.

One of the most memorable episodes has Kapuscinski jumping off a bus in the middle of nowhere, walking through pitch dark in extreme cold weather in search of a mining worker. Another one is when he tries to board a plane at the desolate airport in Syktyvkar.

The final chapter is a view into the “future”, written in 1993. Kapuscinski shares his vision of what will happen with the shattered nation which is quite interesting to read now, over 15 years later when many of his predictions have come true.

This is definitely a must-read before any trip to Russia! It gave me a lot of perspective on my Trans-Siberian journey.