The first sharp version of IE8 will be released today at Microsoft’s MIX09 conference in Las Vegas. The last months have seen a harsh public humiliation against the so called browser IE6 where large sites actually warned users that they were using deprecated software. Campaigns were started and it felt like a crusade.

And it’s about time. Developers all over the world have been fed up with IE6 for a very long time and several companies have dropped support years ago. 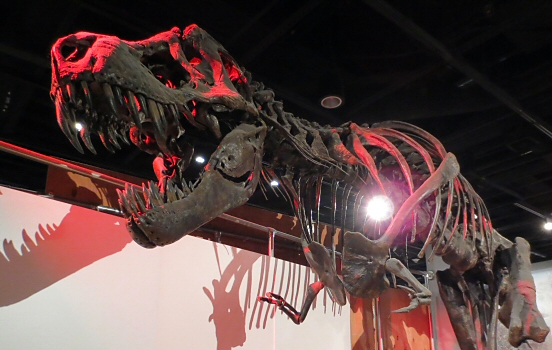 Another extinct thing at Smithsonian National Museum of Natural History in Washington DC.

Zeldman himself wrote the infamous article To Hell With Bad Browsers over eight years ago and it still rings true today. It’s 2009, people! Update and adapt. Start with Christian Heilmann’s excellent article Web Development is Moving On – Are you? and move on to IE8.

The biggest things with IE8 for developers is probably the CSS 2.1 implementation and different “standard” modes. If you’re curious about how your design looks in different IE versions, you might be interested in Microsoft’s new SuperPreview for IE Browser Testing.

So, bring out your dead and leave IE6 in the dust pile of forgotten nightmares. IE8 may be a piece of crap but it’s still a lot better than IE6.