A day of war in Seoul

Korea is a country tragically divided into two parts, separating families and friends. Barb wire, mines and armed guards are part of the country-scene here. Between the two are a DMZ where I wouldn’t want to wander on a dark night. Our guide politely advised us to “please stay away from the land mines”. I had no trouble at all in following that advice. 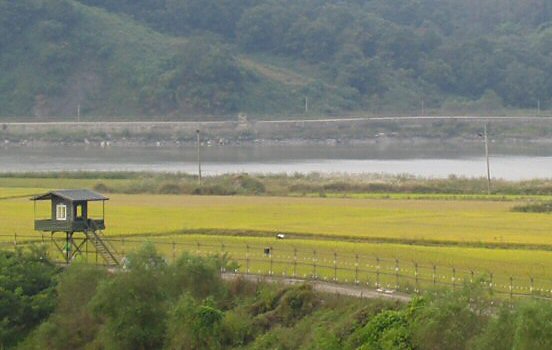 At the 38th parallel. The DMZ is the world’s most heavily fortified border.

After that I went back to Seoul and visited the War Memorial, a vast area filled with the bloodstained history of battle and strife. The halls told the sad story of killing, slaughtering and pillaging in the region. Outside the building, a lot of vessels were on display including Sherman tanks, B52 bombers, AAC missiles and more objects created by humans to kill humans.

Why is the human history so extremely focused on bloodshed? I fail to see any reason for all this killing. Is it really that necessary to attack other people just because they have chosen to live on another side of some man-made fictional border on a map?

How fragile we are.