We choose the moon

Today it is 40 years to the day since humans first landed on the moon. Apart from the main celebration site We choose the moon, there is also a Twitter account which is tracking the mission as it happened. 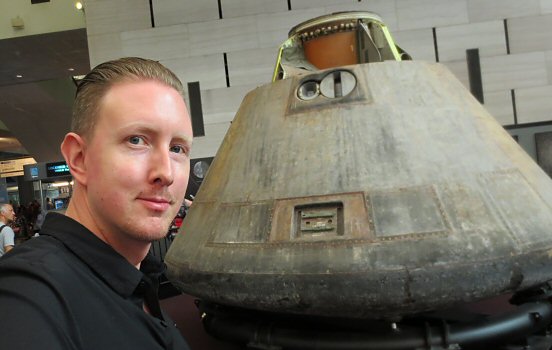 The Apollo 11 command module, which carried Armstrong, Aldrin and Collins to the moon and back. On display at The Smithsonian in Washington D.C.

The Twitter account is a nice touch, since it gives an insight into how it would be if the landing took place today (just substitute the word Moon with Mars as you read it). 40 years ago billions of people watched the first step of Armstrong on a blurry television. If it would have been today, we might have gotten a status update on Facebook instead:

“Neil Armstrong is on the moon. Wohoo!”

While waiting for that particular update, go have a look at the moon surface with Google Maps. What’s next? Google Street View anyone? Anyone? Bueller?