Internet Explorer 6 is harder to eliminate than John McClane, but now it seems to get a push towards the gorge by Microsoft themselves. It appears that IE7 will be classified as a critical update in Windows Update, meaning that it will be installed on even more machines than before but more importantly, even users with pirate versions of Windows may install it without the need for validating their license. 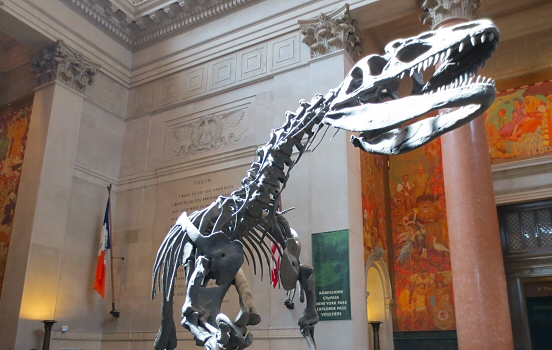 Another extinct thing at American Museum of Natural History in New York.

I started to use Firefox in 2003 and have never looked back since. I only use Internet Explorer for testing, which is the heartbreaking process of watching perfectly valid code fall prey to all those pesky rendering bugs.

If you still use IE6 for some obscure reason, this is your cue. In my best Eric Idle voice: Bring out your dead.